They are both pretty active in temperatures ranging from 65 to 75 degrees but since bluegill and other sunfish are smaller than bass they require less oxygen so they can tolerate hotter water containing less oxygen and remain active whereas bass become sluggish in the oxygen-depleted hot water.

When the summer heat make fishing tough for bass, trout and other game fish, you can usually count on panfish such as bluegill and other sunfish to provide hot summertime action.

Bass and bluegill are both members of the sunfish family and have about the same favored temperature ranges where their digestive systems function best and the oxygen content in the water is high enough for both species.

Here are three techniques you can use to catch summer panfish for a tasty dinner.

You can catch tons of bluegill in the shallows during the heat of summer, but it you want to catch eating-size bluegill you will have to probe deeper water.  On large lakes, the biggest bluegill stay deep most of the time except during the spawn.

Some prime spots to catch summertime giant bluegill are outside weed edges or standing timber on points. Bouncing 1/8-ounce jigging spoons off the bottom is an effective way to catch big bluegills at depths of 15 to 20 feet.

My favorite way to catch big bluegill in the summertime at Table Rock Lake is to drop a cricket next to a standing cedar tree about 15 feet. I crimp the heaviest split shot I can find so the cricket descends quickly past the smaller bait-stealing sunfish in the upper part of the tree and into the strike zone of the bigger bluegill.

2) Hit The Streams For Slab Sunnies

You can catch a wide variety of panfish including rock fish (goggle-eye), green sunfish, longear sunfish and bluegill by fishing streams in the summertime. My favorite lure for catching stream panfish is Karl’s Whipper Snapper, but other 1 1/2- to 2 inch crankbaits will also trick these fish.

Stream panfish can also be caught on livebait like crickets, worms and small minnows or crawfish. Fly fishing with  midges, nymphs, mini-jigs and San Juan Worms is also a fun way to catch summertime stream panfish.

3) Jigging Up North For Fatty Perch

This panfish is the smaller cousin of the walleye and provides some top-notch summertime action and a great meal for Northern anglers.

The best tactic for yellow perch is vertical jigging along the bottom with live bait such as nightcrawlers or leeches attached to a small jig. Perch are light biters so you will need to fish with an ultralight rod and 4-pound test line to detect strikes. 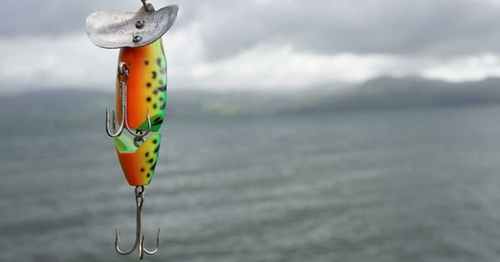 Knock The Rust Off! How To Avoid Fishing Hook Rust