In North America, largemouth and Smallmouth bass is a popular fish. They are one of the most popular sports fishing, not only in the States but in Canada. Under fishing for bass honed the mass-production of tackle and lures, so that from childhood many are familiar with these fish.

My acquaintance with them began in absentia in Ontario, where I first heard the English name of the fish “bass”. When they reached the dictionaries, I found the translation of “perch”, so some time was sure, that this is our home river perch. However, in Montreal, when I started to develop the local fishing and yellow perch are the first of my prey, it turned out that the local name is perches on FR.- perchaudeand in English.- perch. 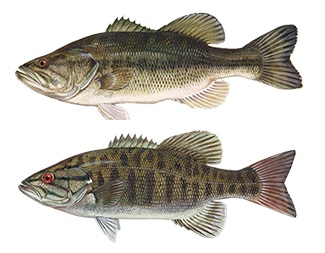 Soon the turn came to the first bass, which the local French fishermen called “Asian”. So I heard that the bass is not our okoshki-sailor, and most other fish. By the way, later looking different transmission on the topic of fishing, I noticed that although dictionaries still “bass” is often translated as perch, all anglers sportsmen often called the fish in the manner of English names – bass. So over time, I began to call a bass a bass not to confuse them with perches.

In fact, largemouth and Smallmouth bass belong to the genus of the black trout, or bass, part of a broad family of Centrahoma or eared perch. Local yellow perch belong to another family – the family “perch”. Rod black perch (lat.- Micropterus) has 14 species, all of which are English name “bass”.

Largemouth and Smallmouth bass are widely distributed throughout North America. Habitat they are similar. The bass is painted in dull green with dark lateral stripes, but the colors vary depending on habitat from light olive to very dark, almost black.

The bass is noticeable migration periods, with decreasing temperature they move in search of the deep places of winter camps. In wintering pits the bass are almost stationary way of life and almost do not eat, so to catch bass in the winter is a rarity. With the warming of the bass back into smaller areas for spawning. Nest males, which females then lay their eggs. After fertilization, males continue to guard nests until, until the larvae hatch, so the season fishing the bass opens around mid-late June.

The hallmark of the largemouth bass is the large mouth, which continues behind the eye (more noticeable in adults than in juveniles), with the lower jaw longer than upper. The average length 20-38 cm (8-15 inches) and weight 0.4-1.3 kg (1-3 lb). Life expectancy is up to 16 years or more.

He prefers warmer water than the Smallmouth bass. Moves near the bottom, preferring areas near water plants. He doesn’t really like deep water and rarely dwells deeper than 6 meters. In Quebec it is found only in the southern part of the province, making its population is not very common.

It feeds mainly on small fish, frogs, insects, crayfish. Morning and evening he likes to feed from the surface. In winter and during spawning, diet is less diverse. Spawns between late spring and mid-summer.

Largemouth bass reach sexual maturity at 3-4 years for males and 4-5 years for females. The nest is very aggressive male. The female lays from 4 to 14 thousand berries with a diameter of 1.5 mm. the Larvae hatch after 3-5 days. The male protects them, so at this time, attacking any bait, passing near the nest.

Likes sites with stone bottom and small depth. During the summer heat, looking for deeper places with more clean water. Inhabits the southern and partially in the southwestern part of the province. Diet is about the same as that of its relative. In winter it is inactive and not powered.

Spawns from late may to July. And if largemouth bass prefers to spawn among the abundant algae, Smallmouth bass prefer rocky or sandy areas. Smallmouth bass reaches sexual maturity at the age of 3-5 years for males and 4-6 years for females. The nest is built by the male, who returned to this same nest the next year or builds a new nest not far from the old. The female lays 5 to 14 thousand eggs with a diameter of 1.2-2.5 mm. the Larvae hatch after 4-10 days. The male continues to protect fertilized eggs and hatched larvae, in that time he was very aggressive.

How to catch bass

The bass are valued by fishermen all over the world for his glib nature and active behavior when playing. He has a delicious, rich white meat is a real delicacy. Considered a good dish for people who don’t want to gain weight. Easily prepared in the form of fillets.

Bass can be caught on spinning, trolling on the Donk, but is also popular to fish it on the surface of baits flies-streamer fly fishing. As bait you can use worms, insects, previously, it was possible to use live bait. Popular lures – oscillating and rotating spinner, wobblers, vibrohvosta, twisters, worms, squid (tubes), surface lures-poppers, silicone worms, artificial frogs. 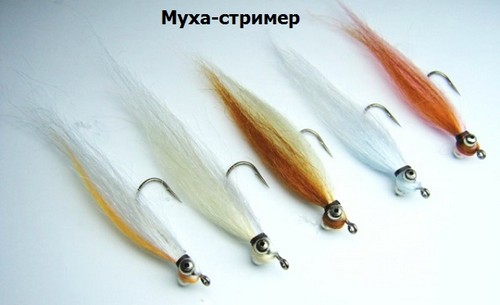 Fishing for bass is very popular in Quebec, the problems with the gear and baits You will not experience – in stores a great choice. So to catch my first local bass is not difficult.

4 Comments on “Largemouth and Smallmouth bass in Quebec”