Today the market of fishing tackle offers a variety of artificial lures for catching trophy production. But the old Kwok on catfish remains the primary method for targeted fishing freshwater giant. This tool to attract the attention of the fish you buy at the store or make your own. However, each product must be configured like a musical instrument. What is the secret of ulovistost this method how to pick Kwok and what technique you need to adhere to?

On the counters of fishing shops you can find many different options to Kwok. A hereditary soratniki use old-fashioned tools, carefully tending them. They occupy the most honorable place in the Arsenal anglers. What is Kwok how this product?

The indispensable parts of any Kwok are:

In the traditional version of all of these individual parts are cut from a single piece of wood. Best of all proved such woods as maple or Apple. Modern Kwok are usually prefabricated. So the handles is wood. Knife manufacturers make light-weight and durable duralumin alloy. The patch can be both metallic and wooden. 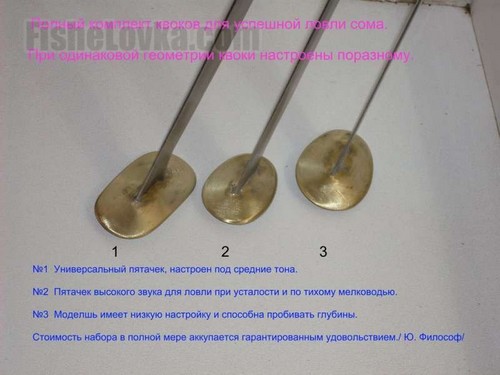 Each of the elements in different Kwok may vary. The shape of the handle is adapted to anthropological characteristics of a person. The patch may be circular or oval. Leg is straight or bent. In the assembled tool can be extended in line between the handle and knife is an obtuse angle. So is the patch in some models, attached perpendicular to the leg, and in some products is at a slight angle. In summary, the conclusion. Kwok allows anglers to experiment, every detail can be executed from different materials and give it the desired shape. It is important to get in the end device, which is convenient to operate and which produces a sound that attracts catfish.

Recommended! To ensure secure fastening of the patch with a leg, you need to bury duralumin plate into the clay on 5 mm. To the best joints in the leg are drilled two holes.

Fishing with Kwok is not only the ability to work with a quality tool. To catch trophy fish requires a heavy-duty tackle. There are several options of fishing rods for this method of fishing. Since hunting is done with out any equipment, gear equipped with a short rod or all tooling is wound on motoviltse. When building fishing rods it is important to take into account the amount of potential trophy. If the river or reservoir, there are giants weighing up to 100 kg, each item of gear must withstand this load. 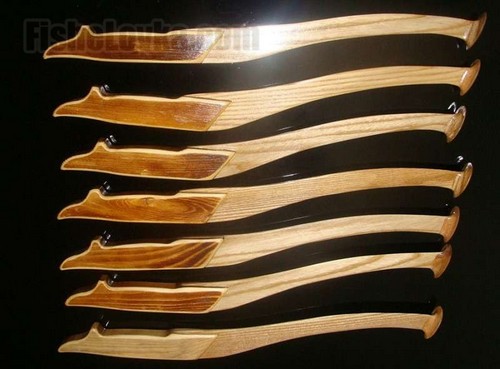 Photo 2. Kwok from the tree.

For the Assembly of side rods for catfish fishing you will need the following items.

Please note! There is often a failure duralumin spinning in the junction. Before fishing, check carefully the reliability of the fastening.

Monitor the bite by the rod tip, or wait for catfish will start to unwind the fishing line.

Many provincial anglers successfully mined a large catfish with a simple and cheap gear. All tools are homemade is wound on motoviltse.

With such gear, the angler will not have to bored. In the hand must always be a power that allows you to play along with the bait and to drop below or lift above the snap.

Use tackle on motoviltse poses some threat to the safety of the angler. The fact that the big catfish bite can occur entanglement of the fishing line over the arm or leg of a person. The giant fish is no problem to drag the fisherman into the water and drown him. So experienced soratniki keep a stock of fishing line on motoviltse, but as soon as there is a strike, after the strike vented from the line.

Before catching catfish in Kwok, the angler will have to take care of natural baits. Very rarely to catch in this way large prey, using artificial bait.

It is therefore necessary to devote several hours to search attractive feed.

How to catch catfish on Kwok: the choice of location, technique Kvacany

Successful fishing on Kwok is impossible without knowledge about the habitats of this predator and its habits. Local fishermen from generation to generation secret pass the point where is constantly kept som. Other hunters giant will help in the search of trophy fish finder. 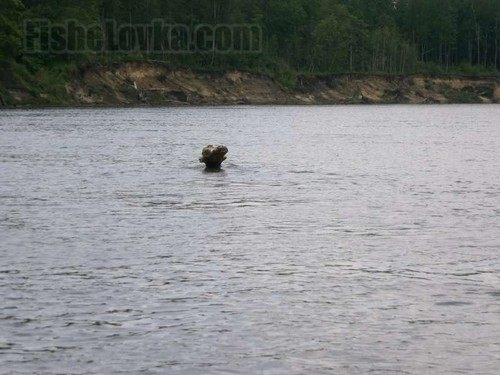 Photo 3. Attractive driftwood on the river.

To arouse the catfish appetite in the daytime first, a sound processing Kwok. This is done on a particular system. Kochanie starts with 3-4 rhythmic beats on the surface of the water, followed by a pause 10 to 20 seconds. Armed with a fish finder anglers can follow, how does soma work on Kwok. It is advisable to use a proven tool, which received the approval of experienced somatica. Then there will be sanding technique Kvacany, rejecting the version of the unsuitability of Kwok. To compare the sound of your Kwok, you can videos from famous anglers. They are easy to find on the Internet.

As soon as the catfish will move to the bait, there must be complete silence. Otherwise, you can scare of a predator who decided to attack the bait. Sometimes the predator for some reason stops halfway. Maybe he loses sight of the bait, so it is helpful to play up a bit snap-in. If som again sent to the bottom, you would have cochiti, or take a swim over a lot of fish.

Details to understand how to catch catfish, you should listen to the advice of experienced anglers about the fight with the fish captured prey.

The easy way out! When fishing occurs close to shore, caught a catfish on Kwok easier to tow in shallow water. And then, gently leaving the boat, to pull the prey to the shore.

Fishing for catfish on Kwok’s boats are not only interesting and effective. Angler is fair game with the giants, getting from fight a decent shot of adrenaline.