Tackle for walleye fishing in the summer is so diverse that there is hardly the opportunity to mention them all. Anglers are so creative in the notion that all the new baits and tackle that only remains to be surprised by their imagination and… a little jealous.

Of course, there are a variety of lures and tackle, facing serious money. Primarily this gear angler. For walleye fishing with spinning jig baits of edible rubber takes tangible costs a good rod, reel, braided line, and, of course, the bait. Jig fishing is probably the most popular methods of walleye fishing. 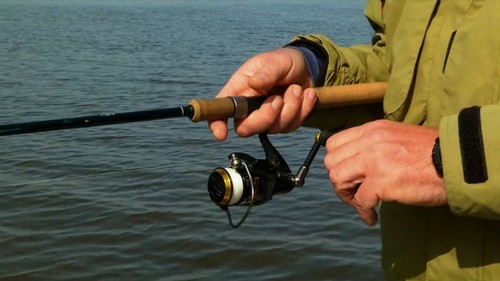 A feature of the baits of edible rubber is their attractiveness to the predator not only the game and appearance, but also smell and taste. Perch, like other predators, always like to eat this rubber, often just salt, which is attracting the taste factor. Therefore, the specimens, especially smaller, may pursue this bait by hitting it, biting it, and is almost guaranteed to get caught on the hook.

A lot has been said about the use of spinners, both rotating and oscillating. They are usually used in the summer, night fishing for walleye and bersha, when these predators, contrary to their habits, out on the shallow sand bars, nearby to the pits. Narrow spoons here out of competition, and turntables that work well along channel pits on the edge, sometimes close to the shore, from which hung the branches of the trees.

Among the inexpensive or as they say budget of baits it is possible to allocate a foam fish. They are able to produce any angler who knows how to do something with their hands. Do not have to buy poranki in expensive fishing tackle shops, giving money in most cases, only the brand. In addition, any most hyped foam fish factory production is not protected from the teeth of a predator, and maybe first fishing trip losing all of your brand, becoming tailless foam stump. Homemade poranki can be made more resistant to assaults of perch, pike and Zander. To do this, on the metal pattern to cut out two lures of different color foam. Then cut them into halves and glued with waterproof glue “Moment” by passing between the halves cut durable braids. Then the tail of the lure will be as strong in the gap, just like the wickerwork. Of course, the predator’s teeth a little will spoil the bait, but its General contour will be saved. 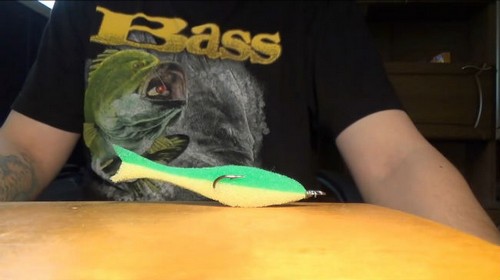 The effectiveness of foam fish is often superior to many other lures because poranki very nimble and active lure that in a good biting walleye plays an important role. And the cheapness of porolono gives you the opportunity to apply them, as they say, shivering with each bait. In addition, poranki can be a great simple nezatseplyayki able to pass any snags. This bait is not necessary to provide additional protective devices as enough to equip poranki counterpart, the stings of which are pressed against the body of the lure. During the grasp pike-perch or any other predator foam is easily pressed under the pressing of the jaws and teeth of a predator, not making it difficult to detect fish hooks. 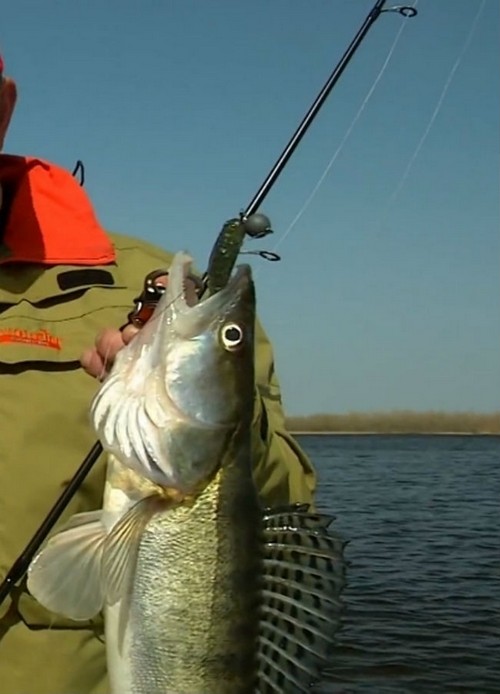 Tackle for walleye fishing in the summer can be the most simple, and lure even more simple and inexpensive. Such unsophisticated fishing is practiced by many of the Volga fishermen during the open water season, but was particularly successful in the autumn. As the fishing rods for the side rods are used or short one-handed spinning with a hard nod. Tactics and technique of catching anything does not differ almost from winter fishing, where the bait sinks to the bottom, and then rises above it, and varies in different frequency options. But in this case, as the honeypots are not used spinner baits and heavy jig or jig-head impaled with a sprat or other pieces of “white” fish. Whitebait preferable as a brood in the Volga basin, it has become the primary prey for walleye and bersha. Sometimes Sudak good taking a brush worms.

This sheer summer fishing used in deep areas where bottom has drop offs, eyebrows, piles of rocks and drift wood, that is, in the so-called strong areas where summer loves to stick a pike perch and bersh.