Many people think that hunting is entertainment for adults that kind of adult play. Do not forget that every game has its own rules. Special attention should be paid to one of these rules is to hunt any animal or bird only hunting season for a particular animal. So before you’re going to go to the forest or even go to the far corners of our country, first check whether the season. 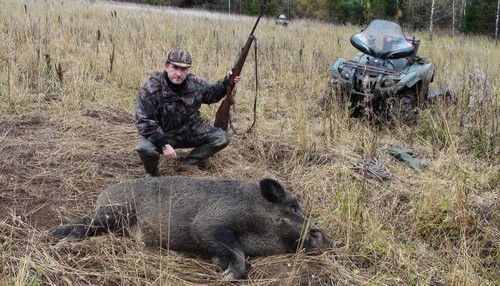 Here are some basic rules that should be followed to know the General rules of hunting, to have the necessary documents and permits, accounting of well-known norms of production per day. Usually some of the rules applies to firearms used for hunting.

Hunting with dogs for wild boars is considered the most common form of hunting in Ukraine. It has its own reasons. Wild boar can be found in any region of the country is covered by forests and shrubs. The male boar is tempting for the hunter trophy, because its fangs can reach 30 cm in length. Of particular interest to the hunter that the boar is a large animal, weighing 300 pounds, this powerful animal is a worthy opponent and excites interest in sports. Such an animal as the wild boar has a fine ear and a keen sense of smell. The hunter has to have a certain restraint and to heed the danger.