As one might expect, the news of Johnson’s death brought a number of glowing tributes for the man who had humbly stood atop the bowhunting record book for more than a half-century.

Like this one from Justin Spring, director of big game records for the Missoula, Montana-based Boone and Crockett Club.

“All of us at Boone and Crockett Club were saddened to hear of Mel Johnson’s passing,” stated Spring. “His accomplishment of taking the current #4 typical in Boone and Crockett’s records program with a long bow in 1965 will forever be etched into the history of the dramatic recovery and importance of the whitetail deer. As the only recipient of the highest awards given by the Boone and Crockett Club and the Pope & Young Club, the Sagamore Hill and Ishi Awards, Mr. Johnson’s accomplishment embodies the fair chase ethic that has defined a true sportsmen for decades, which is a lasting example for all to follow.”

But even as such tributes flowed from some, others found Mel Johnson and his long ago Beanfield Buck more of a mystery.

In today’s high-tech world of compounds that deliver graphite arrows and expandable broadheads to whitetail targets at blistering speeds, the idea of a hunter wearing red-and-black plaid clothing, pushing some twigs aside to sit on the ground without a blind, and using a recurve, fiberglass arrow, and hand-sharpened broadhead to take the biggest typical bowhunting buck of all-time seems more like dusty fiction rather than Internet age fact.

Except the story is real, dust or no dust, and it helped provide a springboard in many ways to the modern bowhunting and whitetail management world that exists today.

While Johnson’s monster buck harvest on October 29, 1965 ended up producing a number that many bowhunters have memorized – the Pope and Young Club’s typical world record mark of 204 4/8-inches – it’s the legacy of that long-ago hunt and whitetail harvest that this piece will try to nail down.

Which is why I turned to our Outdoor Sportsman Group resident whitetail expert and deer hunting historian, Gordon Whittington, the longtime editor-in-chief and figurehead over the magazine, website and television kingdom that bears the North American Whitetail name.

My first question to Whittington was this: just how important is Mel Johnson and the Beanfield Buck to the bowhunting world specifically and to the deer hunting world in general?

“Some people bowhunt and don’t ever ponder trophy records,” said Whittington, who has worked for NAW magazine since Volume 1, Issue 1 rolled off the presses nearly 36 years ago.

“But many bowhunters do, and I’m sure all of them have heard of this deer,” he added. “Mel’s world record had already been in place for nearly two decades before North American Whitetail magazine began in 1982, so throughout modern bowhunting history this has always been a highly revered trophy.

“The buck is easily the most famous ever shot in Illinois, which is of course one of the nation’s top states for trophy whitetails. In fact, he’s one of the main deer that opened people’s eyes to the trophy potential of the Midwest. Everyone sees it now, but it took deer like Mel’s to put that region on the radar of hunters who didn’t live there.”

Johnson’s huge typical buck – taken as it strolled down a row of soybeans in a field near Peoria, Ill. – is also vitally important to the history of the Pope and Young Club, the organization where the Beanfield Buck still stands as the world record for some 52-years and counting.

“The whitetail dominates big-game bowhunting in North America,” said Whittington. “So any official archery world record whitetail is a signature trophy. This deer was taken only a few years after the Pope & Young Club was founded, and it helped the organization get noticed.

“For that matter, so did Del Austin’s Nebraska buck, which had set the P&Y non-typical record several years earlier,” Whittington added. “The club was fortunate to have two such legendary whitetails entered and certified as it was just getting off the ground.”

But it isn’t just the bowhunting world where Mel Johnson’s buck has been highly regarded and revered, something evident by the Beanfield Buck’s B&C Sagamore Hill award and P&Y’s Ishi award. In fact, Johnson and his buck remain the only honorees to ever receive both awards.

“When I wrote a book on former and current world-record whitetails back in the mid-1990s, I noted that Mel’s deer was the only big-game animal of any species to have won both these prestigious awards,” said Whittington, author of the book World Record Whitetails: A Complete History of the Number One Bucks of All Time. “It was amazing back then, and so, that’s even more true two decades later. The Sagamore Hill and Ishi aren’t handed out like candy, so winning both for a single trophy just reinforces how special the deer and the hunt were.”

When I asked Whittington what he thought was important for today’s hunters to know about a bow-killed whitetail harvested on a hunt more than 50 years ago, he had a quick response.

“Mel didn’t have much money or experience when he shot this buck,” said Whittington, who along with OSG staff member and NAW TV co-host Pat Hogan, profiled the Mel Johnson buck on its 50th anniversary back in the fall of 2015.

“But he had a great deer in his hunting area – and when chasing world-class whitetails, that’s always the first requirement,” added Whittington.

“Plus, Mel recognized opportunity. At a time when there weren’t many bowhunters, and most were trying to punch a tag with some legal deer, Mel was intent on getting a shot at this buck. He was aggressive in moving in on the spot where he’d seen the deer on his previous hunt – and when he got that chance, he made good on it.

“These are lessons not just for today’s younger deer hunters, but for those of any age.”

Then I posed another question to Whittington, a University of Texas graduate and a landowner in the big-buck rich Lone Star State: will the Johnson buck ever be topped as the P&Y world record, and if so, where is that buck likely to come from?

“There are too many huge bucks around for it not to happen eventually,” said Whittington. “If nothing else, trail cameras and shed antlers prove there are contenders out there every year. Plus, we’ve seen a few mega-deer fall short, in terms of record recognition, due to scoring questions.

“It only takes one of these to come together to rewrite Mel’s record. But the fact it’s stood for over a half-century is telling. Typical bucks netting 200 inches are still among the rarest of all whitetails.”

And that’s true no matter the weapon being used, be it a gun, a bow or a muzzleloader.

But for 52 years and counting, the holder of the world record typical whitetail among bowhunters has been Mel Johnson, the late Midwestern archer who humbly helped put his sport and region on the deer hunting map so many years ago.

Stepping onto the sport’s big buck throne and ruling over the whitetail bowhunting world as its longtime and unassuming monarch.

When it comes to the late Mel Johnson and his legendary Beanfield Buck, there’s really only one thing to say: long live the king! 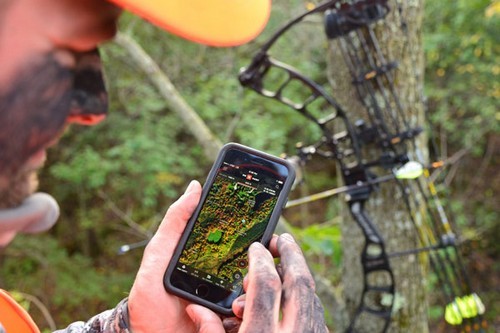