Snail Helena is a killer, she is a predator. It is easy to recognize, as it is very different from others in their appearance. Snail shell slightly elongated, its color is an alternation of strips which have black and light brown color. On her head is a little elongated proboscis. 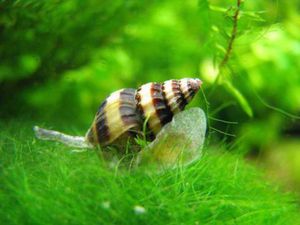