The Tigirek Reserve – a state natural reserve was founded on December 4, 1999.

Location: The Tigirek Reserve is located in the southwestern part of the Altai Territory, including areas of Zmeinogorsky, Tretyakovsky and Krasnoshchekovsky districts bordering on Kazakhstan.

The area of ​​the Tigirek Reserve: more than 40 thousand hectares.

The purpose of the creation of the Tigirek Reserve: the protection of the weakly damaged mountainous ecosystems of the western Altai.

Physical and geographical features of the Tigirek Reserve

The territory occupies a watershed between the right tributaries of the Charysh River and the headwaters of the sources of the Alei River. The area of ​​the reserve is 40 693 hectares, with a security zone of 26 257 hectares. Initially, the reserve was supposed to be about 300 thousand hectares.

The relief of the reserve is medium mountain with dome-shaped peaks. Absolute heights reach 2,200 meters above sea level. On the territory of many rivers, the largest of which – White. The climate of the reserve is sharply continental with hot summers and cold winters. In January, the temperature can drop to –49ºC −52ºС, the absolute maximum of July is + 33ºC + 38ºС.

Peculiarities of the vegetation cover of the reserve are determined by its geographical location, climate heterogeneity and a variety of environmental conditions. The main area is occupied by darkened taiga, which is an ancient (relic) formation.

The Red Books of the RSFSR and the Altai Territory include growing in the Tigirek Reserve: male shieldman, Altai stelleropsis, Altai onion, Bludova iris, broadleaf bell, peony marin root and others.

The fauna of the reserve is represented, first of all, by such large animals as the brown bear, maral, roe deer, and elk. Everywhere in the Tigirek Reserve, sable, Siberian weasel, ermine, squirrel, chipmunk, and white hare are common. Less common are lynx, weasel, wolverine, solonga, few musk deer.

Also on the territory of the Tigirek reserve there are many species of birds. The most characteristic forest birds are hazel grouse, black grouse, long-tailed tawny owl, blue-footed owl, nutcracker, and occasionally wood grouse.

Employees of the Tigirek Reserve in the Altai Territory discovered three species of birds that were not previously encountered here. This greenfinch, big shrike and small weevil. The press center of the reserve stressed that the small ganose was first observed not only in the territory of Altai, but also, possibly, in Western Siberia. 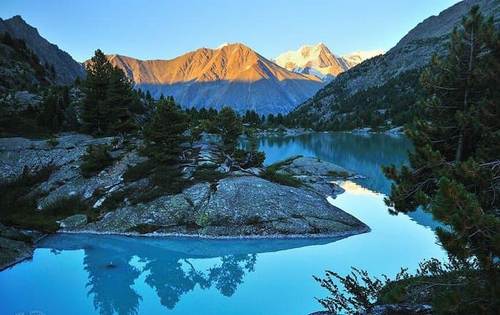 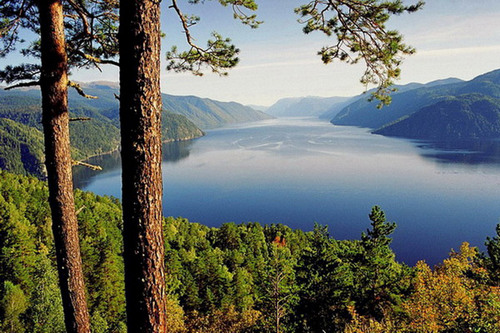