Overall, the reviews on the Stealth Viking snowmobiles are positive. With regular maintenance and replacement of spare parts, you can avoid repeating the mistakes of the owners and prevent serious malfunctions. 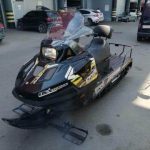 According to user reviews, the Stealth Viking 800 snowmobile often crashed the suspension, engine, and chassis. In addition, during the passage of 300-400 kilometers, serious engine elements failed. In the new model, manufacturers managed to “remove” many problems and make the device more reliable, making major changes to the design part of the transport.

The snowmobile is equipped with an updated engine, suspension with proven materials designed for a long service life. In general, the Stealth Viking passed all tests in severe frosts and has proven itself in the north of Russia, taking into account all the criteria and requests of the owners.

Stels Viking S600 is a small snowmobile built on the basis of the 800 model, which was created by a unique design. In terms of functionality, the Stealth Viking is similar to its predecessor, but it is offered on the market at more affordable prices. In the process of developing the snowmobile, manufacturers were able to improve it by eliminating the negative qualities in terms of convenience and design that the predecessor had.

Overview of the stealth viking snowmobile

The manufacturer has made changes to the technical and external parts of the device. The design was created on the basis of creative ideas, the developers did not take elements from other models, so there are no points of contact with the design of other machines, – BRP, for example. In addition, the Viking 600 is a model that includes headlights with LED bulbs. This type of lighting provides convenient movement in the dark, with heavy fog or heavy rainfall.

Headlights shine well over long distances because they are at high altitude. When you turn on the low beam, the range of light is 50 m, and when you start the high beam, it increases to one hundred and fifty meters.

The device with a factory hood cover is equipped with an original design design, which is combined with the shape of the device. An important part of the device is the material of the hood – it is a lightweight plastic of high strength, which is not damaged at temperatures below -30 degrees. Moreover, it is resistant to strong shocks, and deformations are generally excluded. Such plastic elements are also available in other parts of the vehicle – they increase strength and reduce the mass of the body, which is good for cornering, speed of maneuvers.

Attention! Avoid trips along immature ponds, ice, dense forest (unchecked) – in this place under the thickness of snow there can be wormwood, stumps, dumped trees, masked barriers. It is important to remember that the main mass of dangerous cases and damage arises from the lack of driver care on the road.

The complete set of two Viking models is different:

Before buying a Stealth Viking 600, it is recommended that you familiarize yourself with the negative and positive qualities (according to the experts of the Snowmobile service):

Later, the manufacturer of the Stealth 600 Viking came to this conclusion: the track width of 600 mm is too large for normal cross-country ability. Therefore, a better version of 500 mm was released, which showed the best off-road functions. As for the negative qualities, the following are distinguished: the engine is warming up, it is difficult to start at an air temperature of -15 degrees, it pulls to the left, because the gearbox is in the left plane.

The new Viking model has changed. We suggest that you familiarize yourself with what was added and modernized in it.

Despite its application, the car can be used as a recreational vehicle. Comfort and high traffic on snowy roads make him the main assistant in the economic sphere, suitable for use in the hunting sector and as a rental vehicle.

The device is equipped with a gasoline power unit. The 2-cylinder engine type is made using lightweight materials. Each cylinder has a diameter of 74 mm and a piston stroke of 66 mm.

Advantages and characteristics of the engine:

Power is 54 hp. As a comparison, you can bring a competitor – Yamaha VK540, in which the engine produces 46 hp. The stealth engine has a lower mass – 291 against 365 kg. Using lighter elements is the right decision. 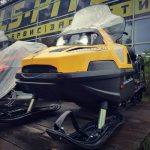 The Stealth Viking 600 engine has sufficient power to allow normal movement in deep snow to overcome obstacles, as well as for transporting heavy objects. Of course, the power unit also has negative qualities that are characteristic of all 2-stroke engines – this is noise, strong vibration at idle, as well as dense smoke and smell.

The price of the snowmobile of the new Stealth 600 Viking model in the basic configuration on the market will be 300 thousand rubles. The whole set of a snowmobile will cost 340,000. There is an opportunity to buy a machine in a used condition. Then the price can range from 270 to 310 thousand, in terms of equipment, release date and quality of parts.

Where to buy spare parts: they can be purchased at any motorcycle parts store. Check the price of parts before buying. 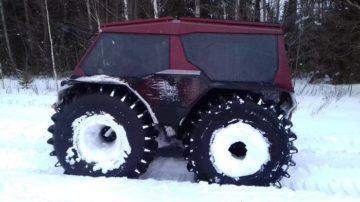