The survey, conducted in late January, found 74 per cent of voters in five rural ridings with significant hunting traditions said they oppose the trophy hunting of grizzly bears.

The high number compares to the 91 per cent of British Columbians who said they opposed the hunt in a 2015 poll.

In November 2016, the BC NDP pledged to ban the practice of grizzly bear trophy hunting if they are elected this year.

“The people of B.C. need to know that our policy framework starts first and foremost with: we’re not going to be hunting bears for trophies. Not in British Columbia, not on our watch,” Horgan said in Vancouver.

The B.C. government currently manages the “targeted harvesting” of grizzly bears, which it says helps to manage the population and fund conservation efforts. Each year, roughly 300 grizzlies are killed in the province.

“This poll categorically shows that there is no urban-rural divide on the issue of grizzly trophy hunting, something that has been asserted endlessly by politicians,” said Julius Strauss of the Commercial Bear Viewing Association. “British Columbians want an end to trophy hunting by a clear majority, even in deeply rural ridings with strong hunting traditions. It’s time government policy reflected that reality.”

The long-term survival of the grizzly bear in B.C. could be at risk if action isn’t taken now, according to a recent report from the Grizzly Bear Foundation.

The foundation’s board admits grizzly hunting is still practiced by a small minority of the province’s population, but that the “vast majority” of British Columbians would like to see trophy hunting eliminated, especially since grizzly bear tourism activities are flourishing. 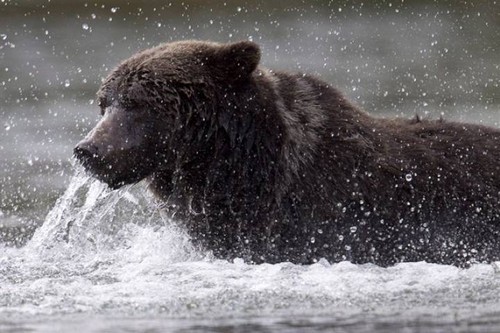