At night, you can catch different fish, but the predator pecks best . It is in the dark that it is common to see water lovers, and of course pike. 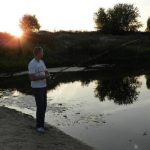 Many beginners wonder ask if pike bite at night? Of course, they bite at what time it is possible to catch especially large specimens.

So that everything went just perfectly, you need to know and apply some features.

The most important of them will be:

Most often it is worth a toothy night on the shallows, knowing the relief of the reservoir to find it will not be problematic. Another important feature is that after a successful sweep and pulling out, the next pike will have to wait, the sound of a fish beating against the water will precisely scare its “girlfriends”.

What are used bait?

There are no special baits for catching pike at night, all standard ones are used, which are also caught during the daytime. The only difference is the presence of a sound effect, without it at night to attract attention to the pike will not work out exactly.

What should be in the arsenal

A real fisherman will definitely take all his lures to the maximum, but you shouldn’t do that, sometimes overweight doesn’t need anything. It is better to first analyze the situation, to recall the behavior of the pike in the dark, to see whether the pike will respond at night to selected specimens.

At night, the toothy predator is caught on such baits:

For the capture of grass, which in most cases live and feed in the thickets of reeds or in the shallows, poppers are used. A lure of this type will be superficial, but the sound it creates when moving through water will make it possible to lure a toothy representative of the reservoir into higher layers.

As it has already been noted more than once, at night pike fishing for spinning occurs only on bait with a sound effect. This is explained by the fact that visibility in the water column is not very good anyway, and at night the situation will only get worse. That is why the fish will react more to the sound than to the picture.

In regions where nights are very short, fluorescent bait colors can be used. Absorbing the light during the daytime, they will glow in the water at night. A bright glow as such will not, of course, but the highlight may be of interest to the predator.

Large sizes of wobblers, shaken and silicone should be postponed. A dark time will require a medium size, but quite sharp and strong hooks.

Even a novice knows that the success of all fishing depends on the wiring of the bait in the pond. In the daytime, you can try the classics with the introduction of their innovations, or choose another method. How to catch pike at night is not widely known; often even experienced fishermen find it difficult to answer the question which wiring is better.

First of all, you need to choose the right place, there are some tricks:

To catch the maximum number of fish in this way is worth the post of each successful hook and move to move 10 meters higher or lower.

Having chosen the right place, they immediately try to cast as far as possible, but the wiring is carried out slowly, so as not to frighten an already cautious fish. Twitching would be a good option, but it is worth remembering that at night the inhabitants of the reservoirs are also sleeping. The bait should resemble a sleepy fish, slowly moving in the water, which means there should be no active movements.

To catch pike at night, you must have a quality kit. The composition is no different from catching at another time of day, but on the characteristics you should pay attention.

The form should choose high-quality, lightweight and durable, the main indicators can be presented in the form of a table:

Fittings should also be good, with the purchase it is worth checking right away the nut of the reel seat, the integrity of the inserts in the rings, the absence of cracks on the tip of the form.

To catch pike at night, it is better to give preference to a rod with titanium inserts in the rings, they will be more reliable and strong, not at all afraid of strikes.

In carrying out casts, podsekanii and vyvazhivanii catch plays a significant role. Spinning gear will require the purchase of a quality product, and special attention should be paid to the presence of bearings. The more of them in the coil, the softer the stroke and the longer the service life.

For such a method of catching the product with a spool in 2000-2500, the presence of a bearing in the laying machine is required. Inside the bearings should be from 4 and more. You can use a reel with a larger spool, but then the weight in the gear will be added.

For the basis of preference is better to give a cord, but the line is completely excluded. The ideal option is an eight-wire mill with a thickness of 0.12-0.14 mm, for a line this figure equates to 0.28-0.3 mm. It is necessary to fill the spool completely, it will help to fly the lure better when casting.

We considered the main components that will be needed when collecting tackle for pike fishing at night.

But if other components are equally important:

It became scary for beginners where you can shove so much of everything you need, and you still have to carry a box with baits. It is in this case that the retriever will be able to help out, it can be placed on the belt and then everything must be arranged in the desired order.

The reasons for the lack of biting

It so happens that everything seems to be perfect, and everything has been tried, and the wiring imitates the sleeping fish as much as possible, and the predator is not on the hook.

You can change the wiring technique, and if this does not work, you should look for other reasons.

Did you look at the state of the moon before heading to the place of fishing? This is one of the most important indicators, the night light has a strong influence on fish, including pike. Just to be with a trophy to go on a quiet hunt is on a new moon, but the full moon will significantly reduce the activity of the toothy predator in any water body.

With a strong wind, it is difficult to carry out accurate casts, and the fish during this period become more cautious. That is why going to the night weather during a storm is not desirable. But the fine rain and cloudy weather in the evening will contribute to the capture of trophy specimens.

The influence of other inhabitants of the reservoir

The proverb in the lake for a pike, so that the crucian doesn’t sleep, has a true basis. But the predator itself sometimes becomes shy, this is one of the main reasons for the lack of a bite at night.

Only two species of stronger predators can scare a pike:

The rest of the inhabitants flee from it themselves. If a near-bottom giant appeared nearby, then the pike simply leaves, even if it is its usual parking place. She does the same when she sees an approaching cant of fanged ones.

These are the main reasons why pike does not bite at night, but you should not forget about the state of the ecosystem.

Pike fishing at night is very interesting. Do not be afraid to engage in night spinning with no experience, the more you will go and try, the faster you will have the necessary skills and dexterity. The key to successful fishing is the right gear, bait, and of course fishing luck, so go ahead!