Once upon a time in 1972, There were only five national parks in India but today there are 100 plus national parks encompassing an area of 40,501 km2 to protect the endangered wildlife.

Jim Corbett National Park is the oldest national park in India having Himalayan geographically define forest and host a diverse variety of wild animals also the first to come under the Project Tiger.

Nagarjunsagar Srisailam Tiger Reserve is the largest tiger reserve in India the with total area of the 3,725 km2 and came under the protection of Project Tiger, home to Srisailam and Nagarjunasagar reservoirs.

Hemis High Altitude National Park is home to a number of species of endangered mammals, especially famous for its snow leopards and breeding population of wild sheep and goats such as Argali, Asiatic ibex, Ladakhi Urial and Bharal.

Desert National Park of Rajasthan offer unique ecosystem in India and haven for migratory birds as well as home to large number of bird of prey such as eagles, harriers, falcons, buzzards and kestrel.

Namdapha National Park is a lowland evergreen rainforest and a biodiversity hotspot in the Eastern Himalayas. The park is one of the largest National Park in Northeast India, home to rare five species of hornbills, Eurasian otter and four big cat species.

Sundarbans National Park is part of the Ganges Delta, covered by mangrove forest and one of the largest tiger reserve in India for the Bengal tiger. Sundarban freshwater swamp forest, Mudflats and Mangroves are unique coastal ecosystem and home to more than 400 swamp tigers as well asestuarine crocodiles, King Cobra and smooth coated otter.

Jim Corbett National Park is the finest wildlife park in North India and popular for endangered Bengal tiger. The park was first under the Project Tiger and the area consists of grasslands, mango,sal, haldu and peepal trees.

Indravati National Park is the most famous and finest National Park of Chhattisgarh and famous for wild populations of rare wild water buffalo. The park is also home to smaller mammals including porcupine, pangolin, mongoose, Indian muntjac and Indian spotted chevrotain.

Betla National Park hosts a wide variety of wildlife as well as range of vegetation of sal and bamboo. The park has large number of Asian elephant, wild cats, scavengers and herds of gaur, chital and sambhar deer.

Papikonda National Park is located around the river Godavari and home to list of endangered species of fauna also recognized as an Important bird and biodiversity area in South India. 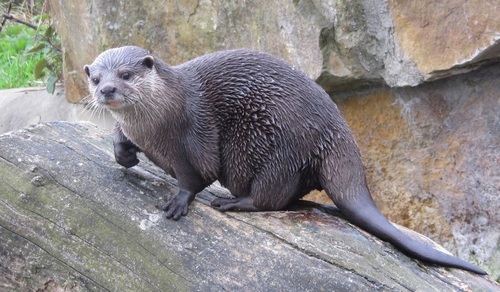 Top 4 Rivers, to Spot 3 Species, of Otters in India